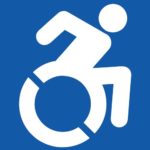 How to Choose the Right Taps 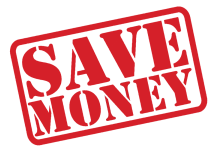 The Best Prices Online with Free Shipping Across Australia!

House Water Leaks 5 things to know to Save Money.

House Water Leaks are the highest contributors to water wastage in Australia. They are an environmental pimple on the face of society. They are often ignored but at any one point in time, just about every Australian home will have a leak here or there. On average, 16% of every water bill is contributed to by leaks. Sydney Water has the following information on leaks

Simply put a single tap that drips a mid-range 100L a day will be costing you nearly 23.5 cents a day, a whopping $86 a year! A toilet cistern that is visibly leaking into the bowl and the leak is just audible could cost you the same amount around $90 a year. Leaking toilet cisterns like this are the most overlooked leak in a household. People don’t see it as a leak because it’s not causing a mess. It’s still $90 a year though!.

Some properties have no water leaks, and others have a lot, but whatever the case 16% can be prevented. Leaking water also stains surfaces often leaving brown lines that are impossible to remove.  I’m sure you’ve all seen them, and I’m also sure that you’re not impressed by them.

To put this into perspective, an average swimming pool holds 40,000 litres of water, a big pool holds 60,000 litres. Think of that volume of water going down the drain along with your hard-earned. Throw in some leaking indoor and garden taps, and potentially 100,000+ litres of water could be wasted in a year. That’s over $200.00 of your money plus the obvious environmental impact. 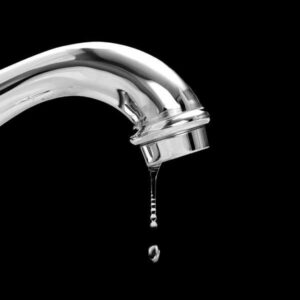 New efficient WELS rated water saving tapware not only improves the visual appearance of your home, but also the amount of water that gets used, and or wasted. If you have an old tap that drips or leaks then the best policy is to replace the tapware. New tapware has better cartridges and longer warranties. Any repair of an old tap is not a long term solution in reality and if you are paying any call out charges then not a very cost-effective remedy either.

MYTAP has quality water-saving tapware from Parisi and Phoenix Tapware with a 15-year cartridge warranty and 7-year parts and labour. If you are in the metro Sydney area we can also install a like for like product for just $99

There are no hidden charges. The price is the total price you pay for the job and that’s it. There are no Call Out fees. You just have to make sure you select a like for like or compatible product and we have created a How To Guide to help you make the right match selection if you are unsure.

Modern Shower Heads can save around 3L/min of used water. With average shower times of 8 mins, that’s a saving of around 24 litres a shower. If your household has, say, 4 showers a day you are saving 100 litres a day minimum and probably more likely to be in excess of 40,000 litres saved in a year. I know in my household the average shower time is well over 8 minutes!! So your leaky old shower head(s) needs to be replaced with one from our water-saving Parisi and Phoenix Tapware ranges. Your water bills will tumble.

If your toilet always seems to be filling all the time then you have a cistern issue. There are degrees of cistern leaks and some are very discreet but they are all wasting your money. Most people actually don’t do anything about cistern water leaks. They think it’s not a real leak as the water is captured in the bowl. However, the water is used/metered when it fills up the toilet tank so any overflow or leak from the tank into the bowl is water and money down the drain.

Old cisterns are probably best replaced as multiple call outs to fix a dodgy cistern will be more expensive than a replacement. You need to determine if the leak is occurring due to the cistern. If water is leaking to the floor then the leak is unlikely to be the cistern but either a cracked pipe, tank or bowl.

MYTAP can replace any cistern parts from onboard supplies. You can simply order the replacement service online, make an appointment and then checkout. That’s it, our qualified plumber will come and do the replacement with no extra or hidden charges. Simple!!

Major water leaks are common due to Flexi hose failures. Water damage caused by burst flexi hoses accounts for over 22% of all water damage claims in research by the insurer IAG.  Flexi hoses are cheaper and quicker to install than welded copper pipes and so have become the industry standard. They don’t last though and so need replacing and we recommend every 5 years, For more information:

Remember the price of water only goes up, and our most important resource is worth preserving. So the next time you ignore that little leak, or toilet hiss or watching hundreds of litres go down the drain when showering or washing up, it might be a good time to address the issue. Your bank balance and the environment will love it.

Changing two or more shower heads, replacing tapware and updating cistern parts to modern standards could save as much as $500.00 per year, or $125.00 per quarter.

The #1 in Tapware Online

We will beat any retail price for the same product that is sold separately or is not on sale. When you buy our tapware online products you get free shipping despatched next day provided the item ordered is in stock.